x Thank you for submitting an inquiry. We will get back to you as soon as we can.
x

Discover the authentic Morocco in a long Safari, Look at Morocco from a totally different perspective. Sleep under the stars at the dunes of M'Hamid, gate of the Sahara, and visit iconic Moroccan locations such as Ait Ben Haddou and the oases of Draa Valley.

Taroudant is a town in the Sous Valley in southern Morocco. The city is known as the "Grandmother of Marrakech". In the 16th century, the Saadian dynasty briefly used Taroudant as its capital, before moving its royal seat to Marrakech. Today the town has the feel of a small fortified market town on a caravan route.

Tazenakht, is the focal point of this region and a well-known place for high quality rugs. Otherwise, the weaving and knotting traditions of the Moroccan Berber people date back to pre-Islamic times. The rapid expansion of Islam has brought classical carpet traditions from China, India, Central Asia, Persia and Anatolia to North Africa. Thus, Morocco has become the westernmost border of the “carpet belt” as well as of Islamic culture.

Zagora is a city in the south-eastern part of Morocco, so it is a place inextricably linked to the Sahara Desert. However, Zagora was a stronghold of the people and the Almoravid dynasty, and their legacy can still be seen in the surrounding hills, the terracotta buildings. Outside the city is the astonishing Draa Valley, which follows the meanders of the river. Truly an unforgettable place with these vast birds, and these palm trees along the river, while the mountain range of the 'atlas (Jbel Saghro).

Moroccan legend says that the sand dunes of Erg Chebbi, were sent by God as a punishment, for having diverted a weary traveler in the Moroccan desert. Moroccans believe the dunes have piled up outside Merzouga to teach them a lesson, so they will never refuse to help weary travelers again. The dunes of Erg Chebbi in Merzouga, are undoubtedly one of the biggest tourist sites in Morocco. These giant hills of smooth sand, border the Algerian border, and are essential for all.

Our marrakech desert tour adventure will continue in Merzouga, crossing a rocky and desert landscape.Upon arrival at your hotel lodge, do not hesitate to bathe in their refreshing swimming pool, before getting ready for your trek in the desert on camels through the incredible sand dunes with changing colors, and with a sunset. of unforgettable sunshine, to your camp in the middle of nowhere. After some time to admire the sand dunes and surrounding landscapes, get ready for a Moroccan dinner served under the stars next to the campfire. Late at night your local nomadic hosts will entertain you with their drums.

Erfoud has been around for centuries, is known as the "Gateway to the Sahara Desert" because it is near the Erg Chebbi dunes, Arabs are in the majority, but with the development of the tourist industry, many Berbers started coming to the city around the 1990s. So you can actually take direct trails to the sand dunes. Many movies have been shot in the area and some of the most famous: Prince of Persia; The Mummy; Gladiators...

Looking for a first class oasis in Morocco? You should definitely visit Tinghir and the Todra Gorge! The city is not only known for its huge green palm trees, but also it is the entrance to the most popular Todra Gorge, with its beuatè and the most spectacular roads in this country. Explore the todgha gorges and small Berber villages and beautiful kasbahs.According to legend, Skoura was founded in the 12th century under the Almohad dynasty and is the first stop on the 1000 Kasbahs route between Ouarzazate and Tafilalet.

Ouarzazate the city of palm trees, located on the edge of the Sahara desert for hundreds of years. The name Ouarzazate comes from the name Amazigh, "quiet place".

Ait Ben Haddou has been a UNESCO World Heritage Site since 1987, and several great movies have been made including (Gladiator and The Mummy…). It is located on a hill along the Ounila River, and is known for its kasbahs, and among the most important fortresses on the caravan routes of the old salt road, where traders brought slaves, gold, ivory, and salt from sub-Saharan Africa to Marrakech and beyond. Most of the townspeople now live in a more modern village across the river; however, ten families still live in the ksar. Once in Ait Ben Haddou, you have the choice of having lunch or visiting the village first.After this visit, the adventure begins on the Telouet valley, to finally visit the Kasbah of Telouet, which were once the residence and the seat of the powerful Glaoui tribe.

2 Days Tour from Marrakech to Zagora Desert
From $

Trekking in Morocco 6 days tour
From $ 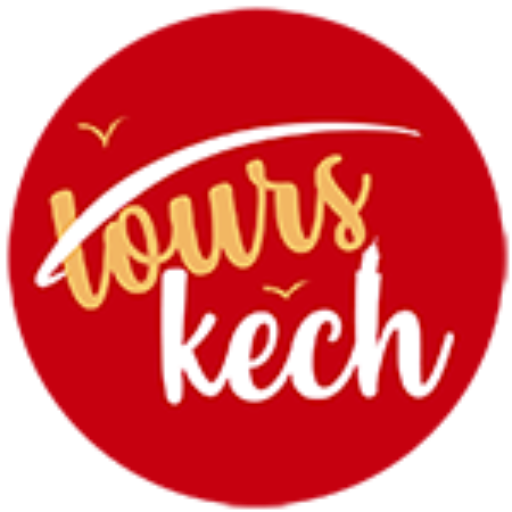